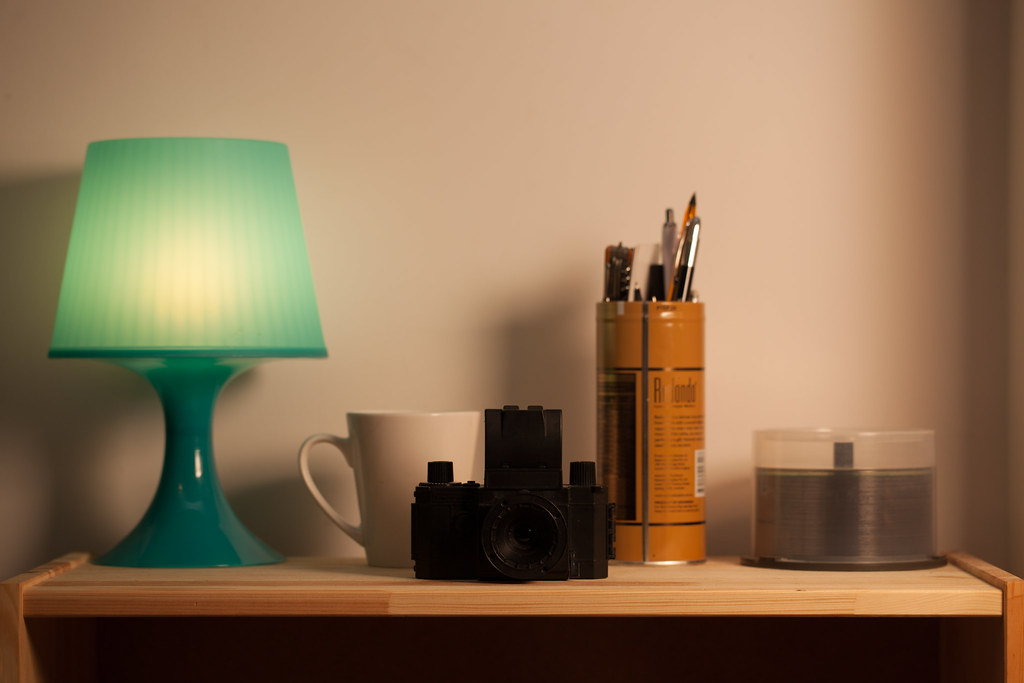 Here’s a test shot from the 100mm macro. Each of these lenses will have a test shot of this exact scene. It’s a simple set up but does give some information. None of the test photos have been edited or tweaked.

A lens plays some part in the dynamic range received by the camera. I’ve noticed that some of the other lenses, will give an image with more contrast, especially visible as the space below the bedside table is darker than here.

An image with less contrast (like this one) is preffered because you can always add the contrast while editing.

Another quality of this lens is the lack of vignette and very little concave distortion, which is a desirable feature most of the time. Later I will show lenses which have a lot of both vignetting and distortion, and how that’s not necessarily a disadvantage.